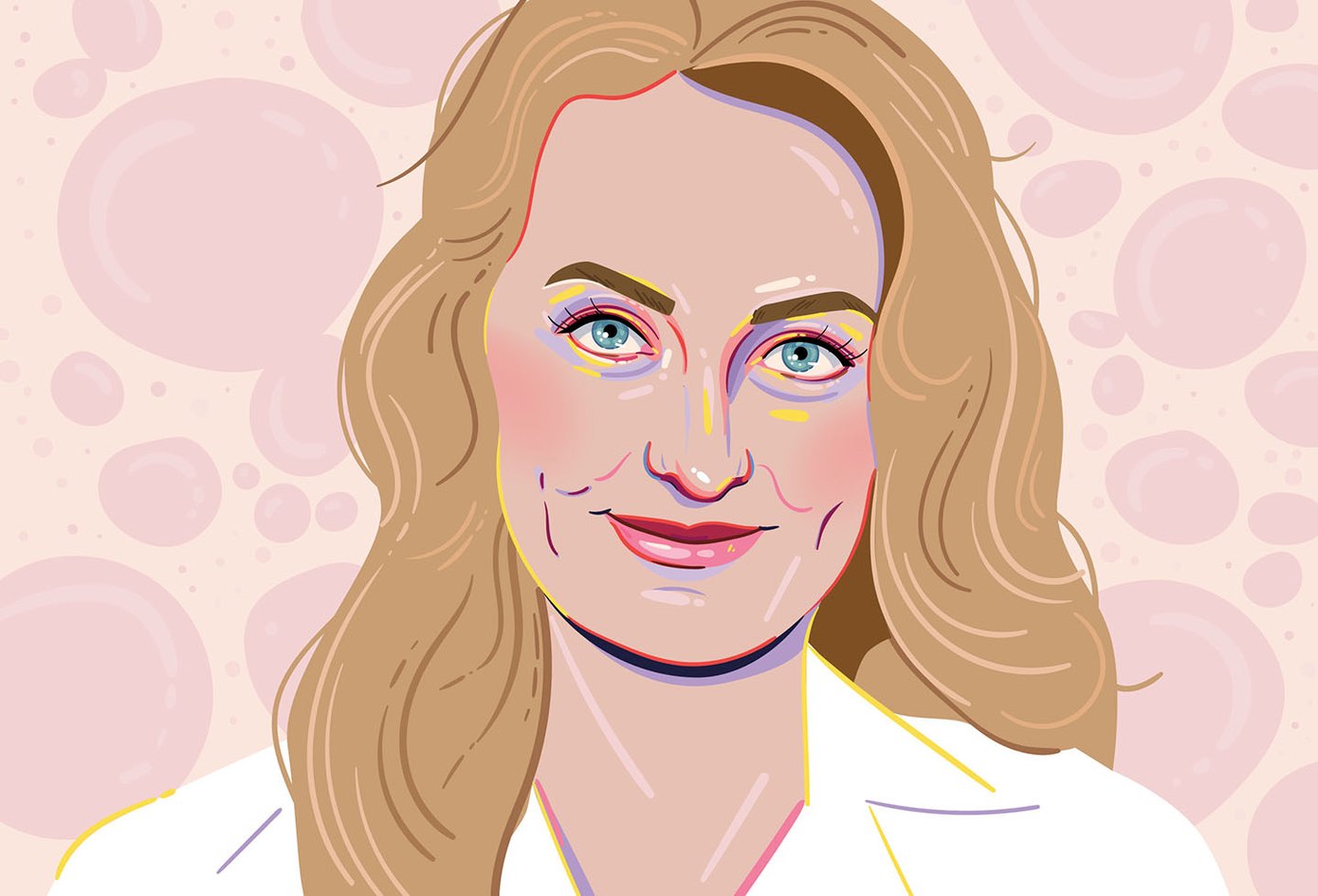 Bone marrow transplants are harrowing. Agnieszka Czechowicz is working to make them safer.

In 2017, Agnieszka Czechowicz watched a four-year-old girl sleeping soundly in a California hospital room. As an experimental drug entered the girl’s vein, all eyes in the room were on the child and the monitors attached to her. Doctors hoped the drug would sneak into the girl’s bones and, with no other harm to her body, wipe out her blood-forming stem cells, clearing the way for a bone marrow transplant that could save her life.

Czechowicz felt the moment’s significance in a unique way. The drug now entering its very first clinical-trial patient had come from research that Czechowicz began several years earlier, as a graduate student at Stanford University.

“It was a pretty phenomenal experience to go from bench to bedside,” Czechowicz says, “and with something that had started as, really, a pie-in-the-sky idea that only I believed in at the time.”

She’s now an assistant professor of pediatrics at the Stanford University School of Medicine. In her lab research, her medical practice, and her work as an entrepreneur, she focuses on people who suffer from severe diseases like bone marrow failure or acute myeloid leukemia, who can’t produce  blood or immune cells the way they are supposed to. The treatment approach she’s been working on for most of her career could represent a new way to help them.

“She is a force of nature.”

Czechowicz first became interested in blood diseases and stem cell transplants as a child living in the Twin Cities area of Minnesota. She and her family had arrived in the United States from Poland in 1986, when she was two, as political refugees fleeing martial law and civil unrest. A great-aunt she called Cocia Jasia, who helped sponsor the family’s immigration, developed blood cancer while Czechowicz was growing up. Being at her great-aunt’s bedside during her final days made a deep impression.

She began laboratory research in hematology and oncology at the University of Minnesota while she was still in high school. Arriving at Stanford for college, Czechowicz connected with Irving Weissman, a professor of pathology and developmental biology who directs Stanford’s Institute of Stem Cell Biology and Regenerative Medicine. She started working in Weissman’s lab as an undergraduate, and stayed with him through her MD/PhD program. Along the way, she volunteered in pediatric clinics in Honduras and the Philippines.

“She is a force of nature,” Weissman says.

A treatment as close to death as possible

In his lab, Czechowicz worked on a basic problem in the field of bone marrow transplantation: Namely, that to treat a patient’s life-threatening disease, you have to start by nearly killing them.

Inside everyone’s bones, so-called hematopoietic stem cells are responsible for making new blood cells and immune cells. A range of genetic disorders and leukemias can disrupt the work of the stem cells and lead to problems with the blood or immune system. A transplant of bone marrow from a donor can cure these diseases by replacing the faulty, disease-causing stem cells with new, healthy ones.

But before the transplant, doctors have to clear out the patient’s old stem cells. They usually do this with highly toxic chemotherapy and radiation, which can damage otherwise healthy tissues and cells all over the body—not just the faulty stem cells that are causing illness.

To be effective, these treatments “were designed to go as close to death as possible,” Weissman says. They can create long-term problems such as infertility, cancer, and impaired growth in children, and are too risky for some people to receive at all. Tragically, people who receive bone marrow transplants often don’t survive. And while it’s hard to tease apart the causes, Czechowicz suspects the pre-transplant treatments contribute to some deaths, such as by damaging organs and increasing the risk of infection.

In the lab, Weissman put Czechowicz to work on a question he had first posed to another student a decade or more earlier, he recalls: Could you erase the defective cells using an antibody, instead of chemo? An antibody might be able to target a patient’s stem cells more specifically, with less toxicity for the whole body.

Czechowicz recalls “many sleepless nights” trying to figure out a solution. She was convinced the idea had potential.

“She insisted that it was possible, even though the other person said it wasn’t,” Weissman says. “She made it work.”

Signaling the cells to stay alive

Czechowicz was the first author on a paper in Science showing that this antibody could kill stem cells and lead to successful transplants in mice. She soon discovered there was a similar antibody available for humans.

Others at Stanford continued the work when Czechowicz left for a few years to do a residency and postdoc at Boston Children’s Hospital. At the same time, she began working as a consultant with the venture capital firm Third Rock Ventures, where she would spend seven years helping to launch new biotech companies.

After Boston Children’s Hospital, she started a pediatric hematology and oncology fellowship at the Dana Farber Cancer Institute—but when a clinical trial of the antibody was set to begin, under Stanford’s Judy Shizuru, Czechowicz went back to the West Coast and transferred the final year of her fellowship to Stanford so she could be at the bedsides of the earliest trial participants.

The first was the sleeping little girl. Like the other children in the clinical trial, she suffered from severe combined immunodeficiency, also nicknamed “bubble boy disease” after a famous case in the 1970s. Children with SCID have essentially no immune system.

Watching the monitors that day, Czechowicz was excited. Although the research so far had indicated the drug would be safe, “I think I had more hesitations than anybody else about the things that could go wrong, potentially,” she says. Working with such small children made her feel the extra weight of what she was doing.

Over the following days, Czechowicz says, “It was just so wonderful to see absolutely nothing bad happen whatsoever.”

“My colleagues thought that it didn’t work because nothing happened. I said no, this is exactly what’s supposed to happen, is nothing!”

After the drug had attacked the girl’s own blood-forming stem cells and was cleared from her body, doctors gave her donor stem cells. Results in that patient and other early trial participants were encouraging. Now that researchers think they’ve found the best dose, Czechowicz says, the trial is continuing to expand and recruit subjects, including newborns.

Meanwhile, Czechowicz, now a faculty member at Stanford, splits her time between caring for patients, overseeing a research lab, and designing and running new clinical trials. She’s also the scientific cofounder of a company called Magenta Therapeutics, which is working on a treatment that targets stem cells using a toxic drug attached to an antibody. Another company, Jasper Therapeutics, is advancing the antibody treatment in the ongoing clinical trial, and Gilead is also working on a drug based on her research.

Czechowicz says her work so far is “just the beginning.” She plans to use the power of stem cells to help people who suffer from other diseases. She’s especially passionate about treating another rare illness called Fanconi anemia. People with this condition are unable to repair DNA damage in their bodies, which usually leads to failure of the bone marrow, maybe because this site is so active in cell division. That means the chemo and radiation that prepare people for bone marrow transplants leave them highly vulnerable to developing cancer afterward. Earlier this year, Czechowicz and colleagues got FDA approval to begin a clinical trial of the anti-CD117 antibody in people with Fanconi anemia.

Because the disease affects DNA repair in all the cells of a person’s body, Weissman says, treating it will be a challenge. “That’s brave. It’s very brave,” he says.

Through the process of finding a way to help people with Fanconi anemia and other diseases, Czechowicz says, “We also hope to study and understand the blood and immune system far better than we currently do.” She would love to learn more about why stem cells differentiate into different cell types in the first place, for example, and what regulates that. Or about how mutations develop, and how to stop them. “So hopefully we can help those patients,” she says, “but also many other patients to come.” 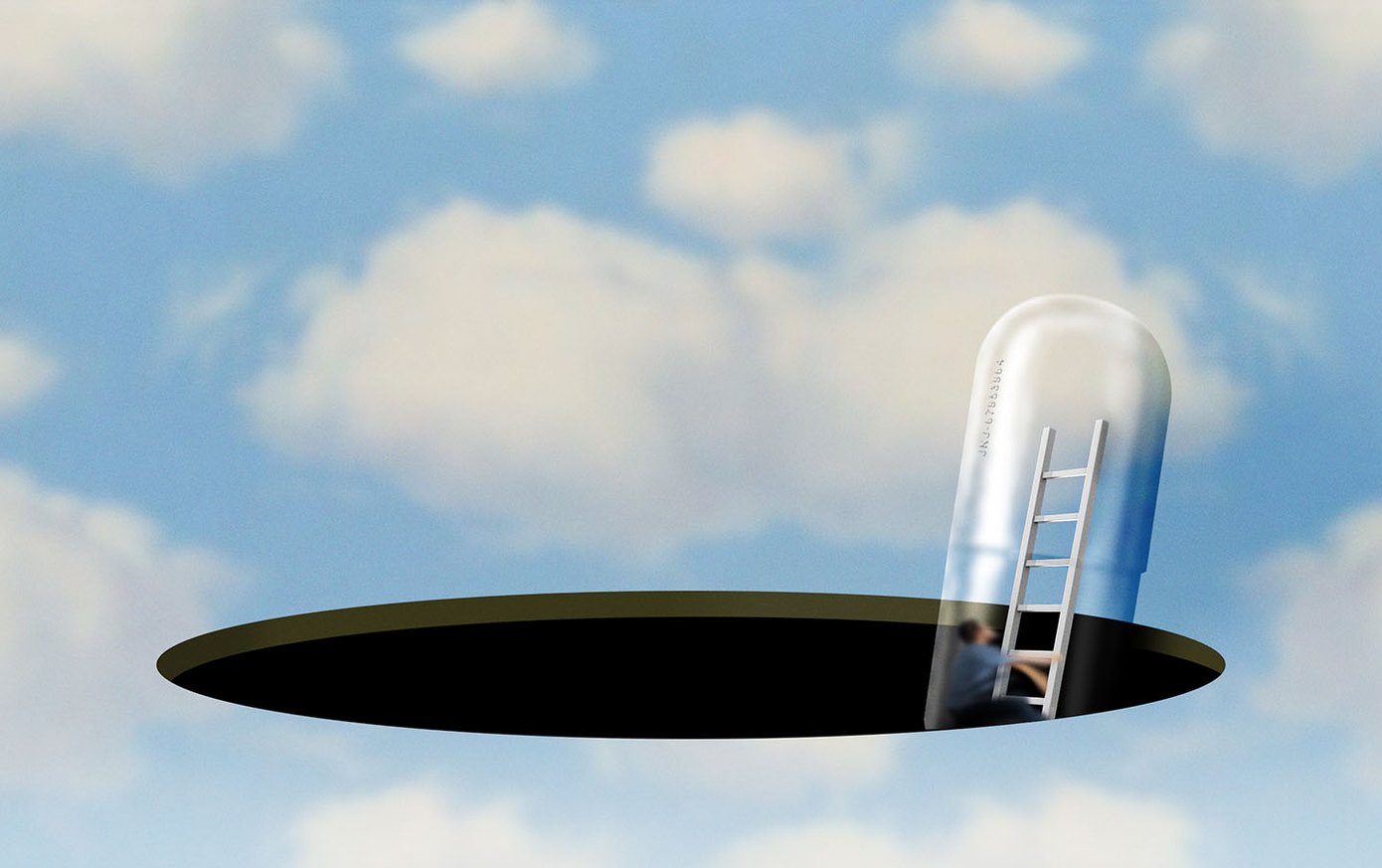 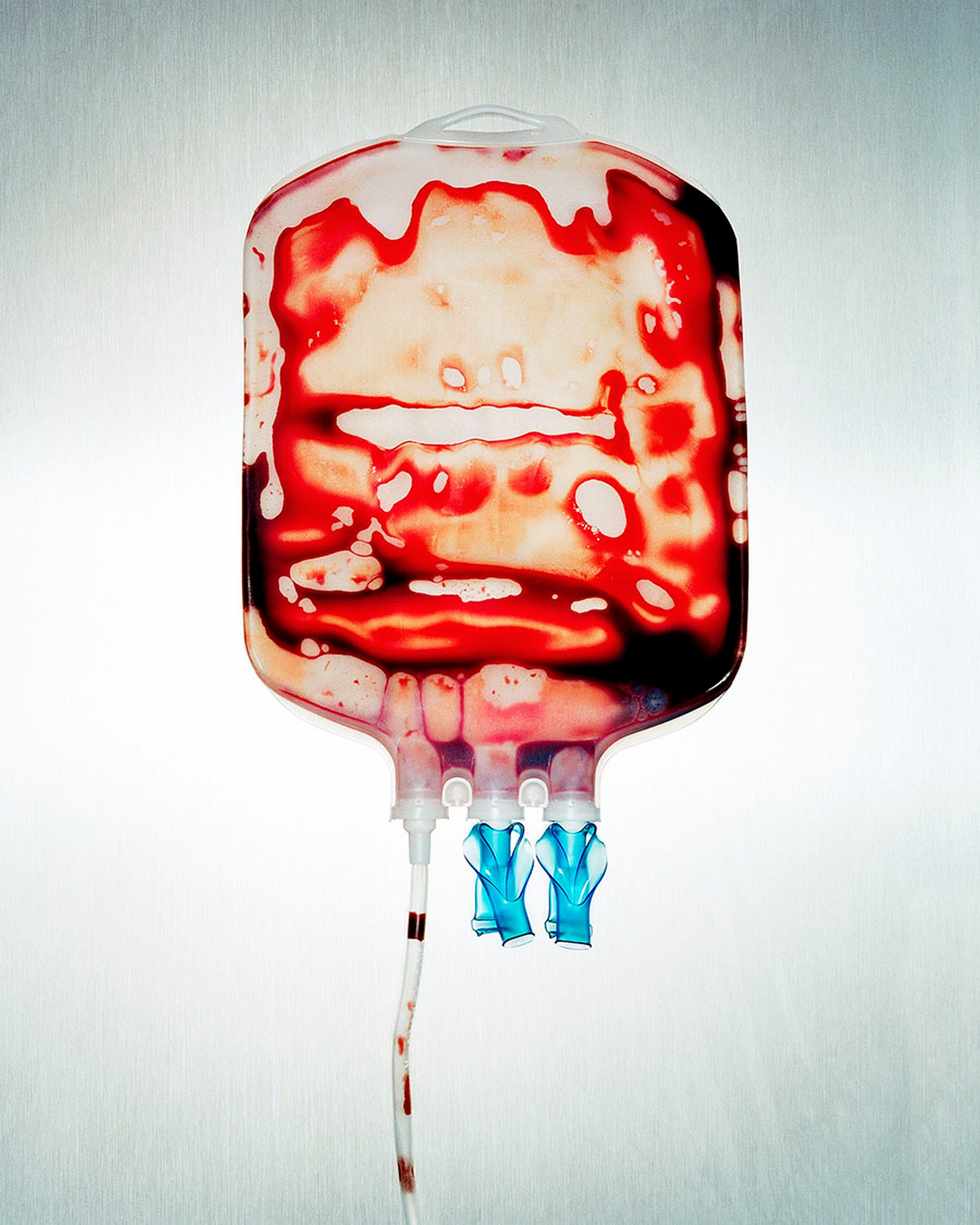 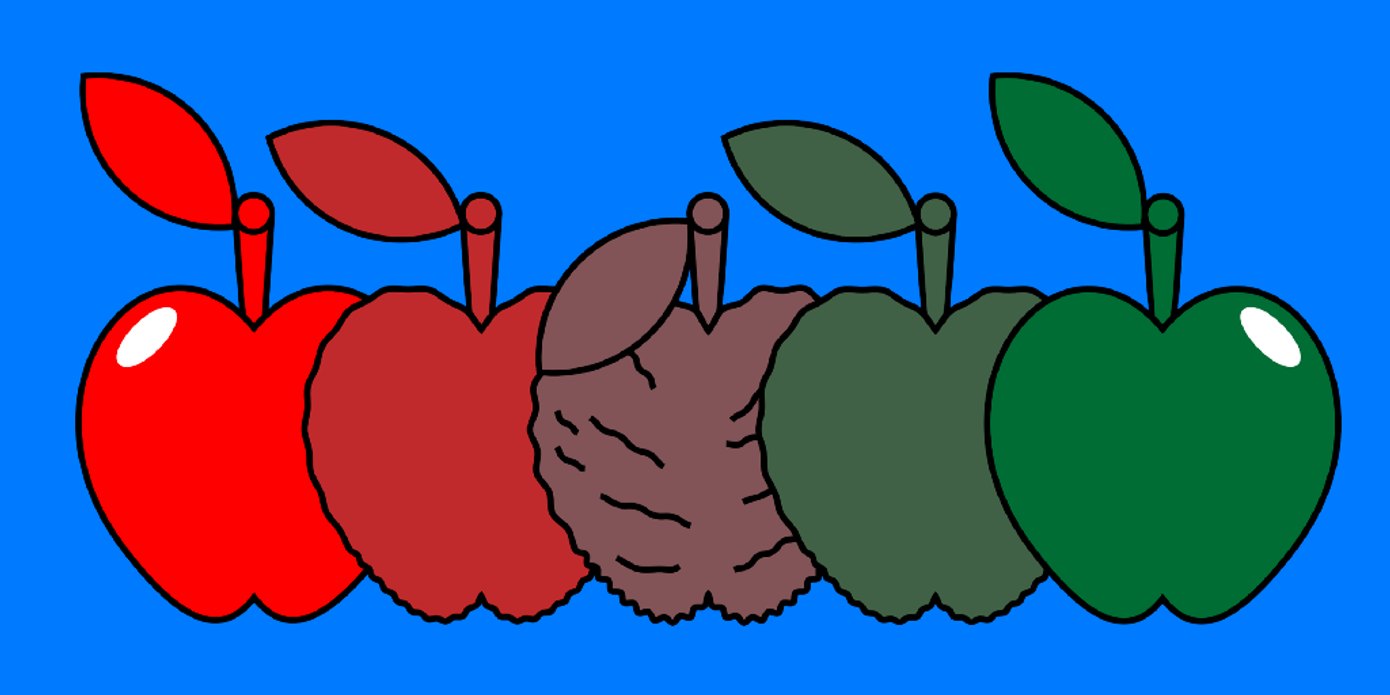 Stem cells are overhyped as a cure for everything. But they’re finally showing promise in making elderly people stronger.
Read story